March 27, 2014
The kids were excited when I told them we will go to Dubai Mall to see the dinosaur fossils. They know many kinds of dinosaurs because they both love to watch the dinosaur train - it's a cartoon show on TV about dinosaurs that live in different era like Triassic, Jurassic, Cretaceous etc. They know all these terms more that me and their dad and my eldest can name more dinosaurs than I do.

The Dino fossils are displayed at the main atrium of the Dubai Mall and it is there to stay permanently. Isn't it nice that we have our own slice of Jurassic Park here in the UAE adding more attraction for the city and the mall itself. I was excited to see it honestly and when we had a peek of it from far away, I am thrilled with goosebumps. Me and hubby jinx when we said "Night at the Dubai Mall" and I jokingly told the kids that this Dino runs around the mall after midnight and I have 4 wide eyes staring at me. :)

Amphicoelias brontodiplodocus is a female vegetarian sauropod dinosaur that lived 155 millions years ago. It has a weight of about 5 elephants and it is characterized by a whip-like tail, long slender neck and a small head. It was unearth in 2008 at the Dana Quarry in Wyoming USA. It is believed to have died in a drought at the Dana Quarry - a natural trap for both predator and prey go there to seek water.

It was airlifted from the US to its new home in UAE. The skeleton in 80 ft long and 25 ft high and a young adult. It has the most complete fossil ever found, about 90 % intact. 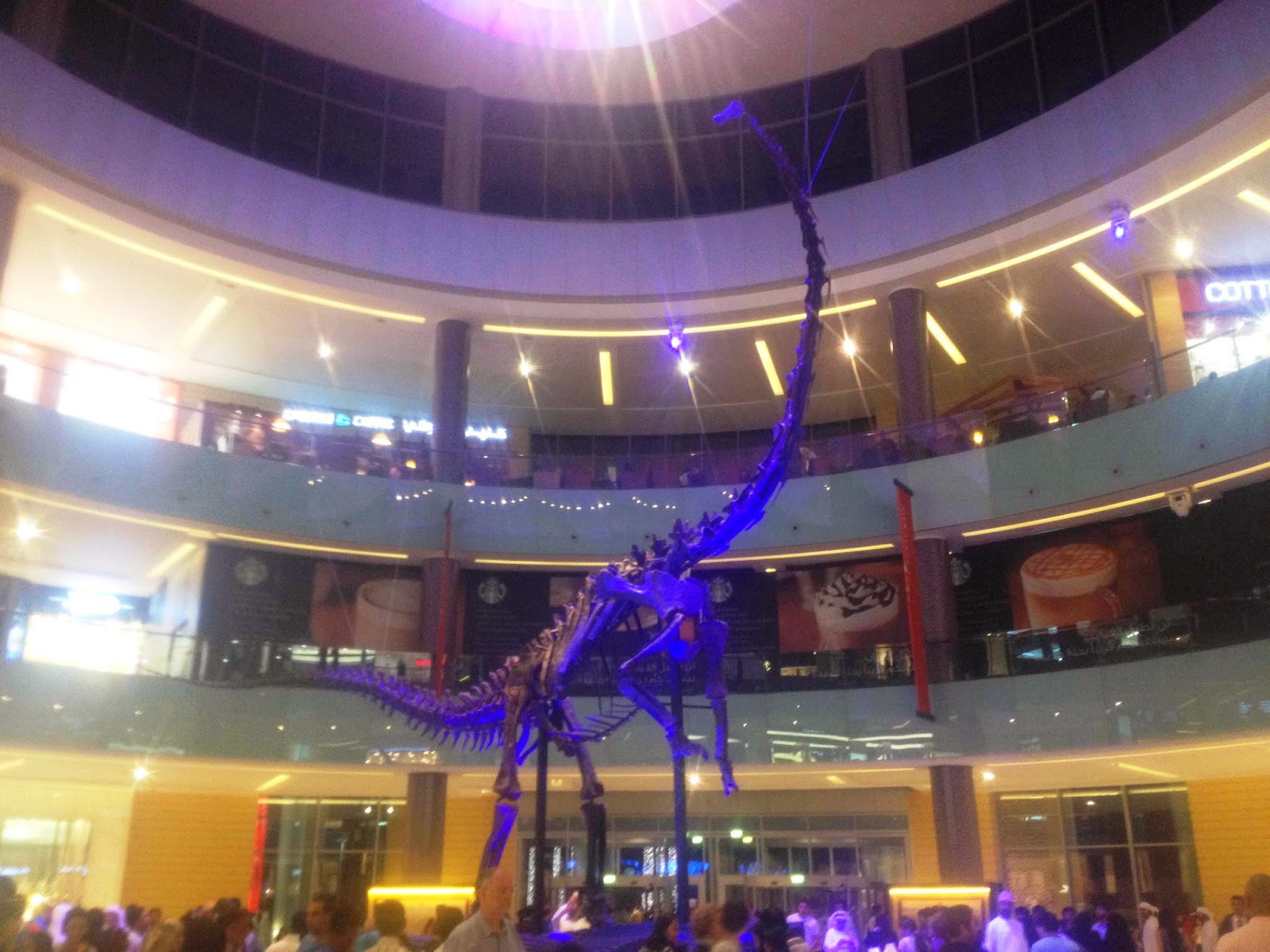 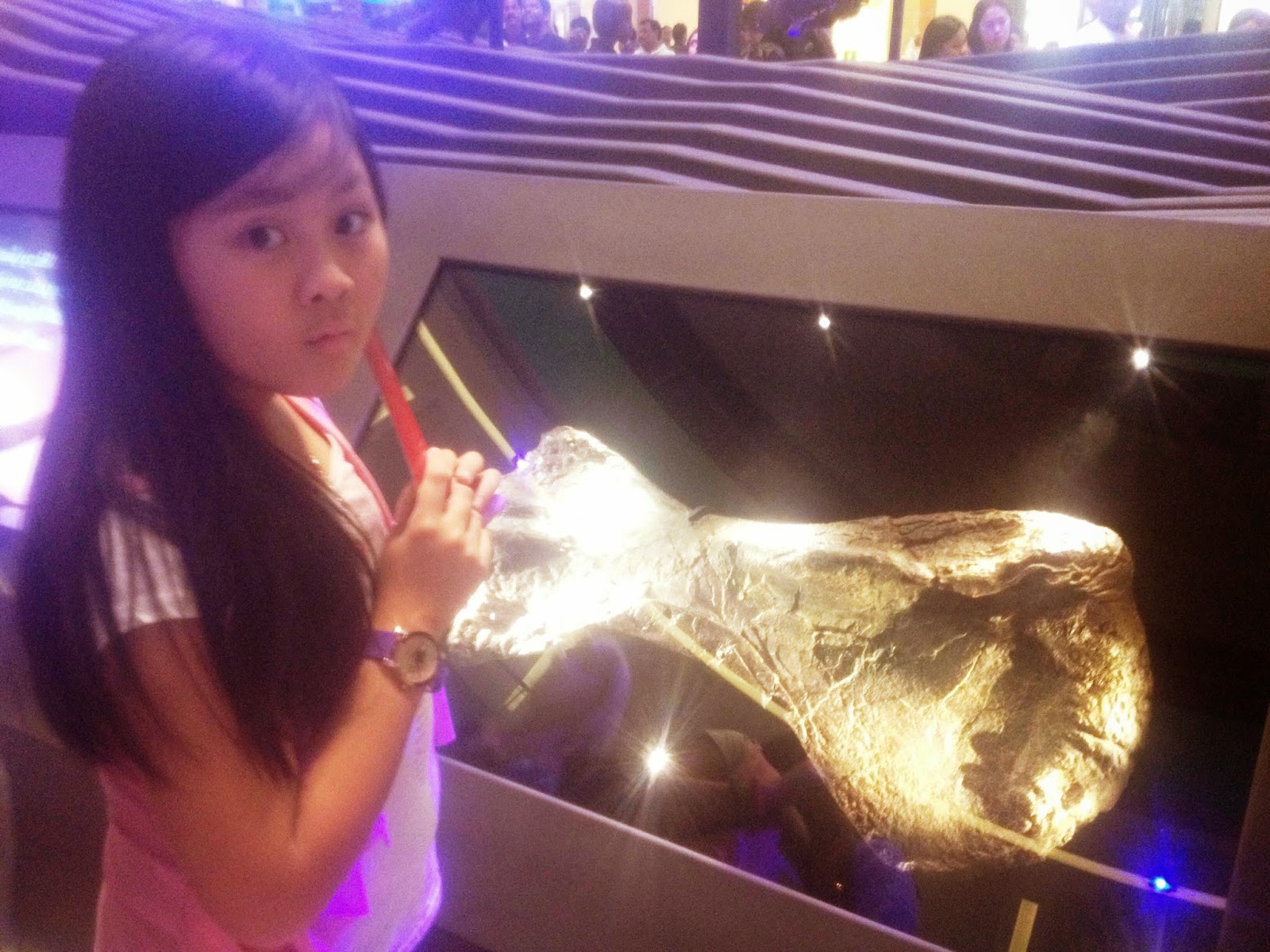 The TDM dino is yet to be named and Emaar is giving away a family trip to Jurrasic Park, Universal Studios to whoever suggested the name that will be chosen, contest ends 30th March.

December 14, 2016
One of the favorite things we like to do at this time of year here in Dubai is to go on a desert camping. Imagine full day sun, clear blue skies, cool breeze, .00001 percent chance of rain while in a beautiful desert landscape. It's a camper's dream. Same time last year, we camped at  Al Aryam Island in Abu Dhabi , also a perfect camping spot. This time around, we didn't go far. We drove just 45 minutes to Al Qudra Lakes inside Saih Al Salam Desert, on the outskirts of Dubai. Al Qudra Lakes is a man-made lake that spans up to 10 hectares and home to more than 100 species of birds including migratory birds. A wonderful place to camp with family and friends We used the Waze app to get there. The only problem was, once you reach the area, it was difficult for the app to help you navigate. We were already going in circles, good thing we luckily found our friends who came early to set up camp. It was dark as there is no lamp post, there is no signage either so it is
1 comment
Continue reading »