August 09, 2012
Touring Sheikh Zayed Grand Mosque is a must when you are visiting Abu Dhabi. We've been here four years ago and it was not yet complete. The gardens outside still waiting to be landscaped. We wanted to enter the mosque to see the grandeur of the famed place of prayer but we were denied due to strict clothing policy so we content ourselves photographing it from the outside. 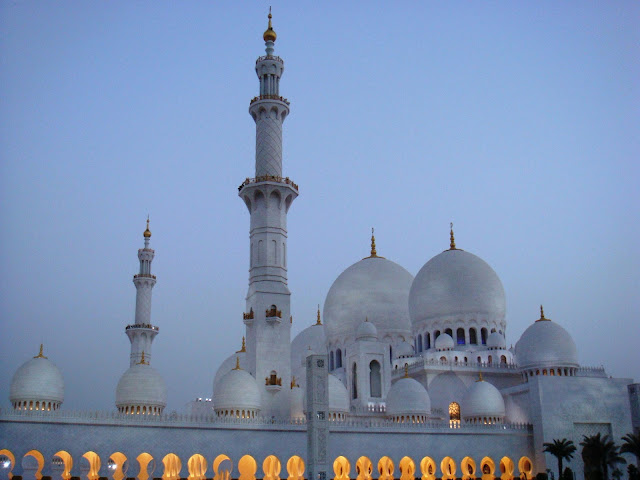 Four years later and we are back with two of our friends. I make sure to check the mosque management website before our trip in order not to be denied for the second time. Looking at the dress code below, I understood that we were not properly dressed before. There were dressing booths at the entrance now where ladies can borrow abaya and Shayla which were not there before. My friend and I each took an abaya and Shayla and covered ourselves. The abaya was easy to put on but wearing the headscarf is quite tricky though. We struggled to keep it in place all the time. Our partners were fine in their clothes. 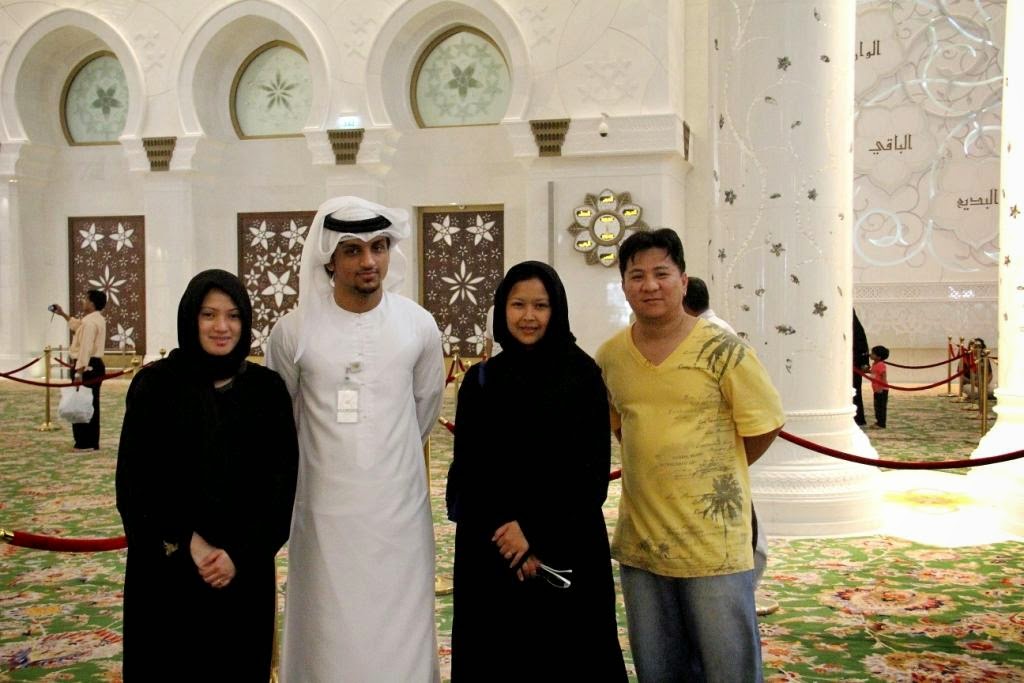 Moving on to the more exciting part of the tour but first, let me tell you that this is a complimentary guided tour. It is one of the FREE things you can do in Abu Dhabi. It was Friday and we joined the 5pm schedule. A local tour guide told the visitors to come closer before a brief introduction. When he finished, we were divided into groups and different tour guides were assigned to each group.

Our local guide was well versed. He speaks fluent English except for the Arabic terms he was explaining to us. There was a myth I'd like to confirm with him so I asked if all the gold we see around is real gold. "Only those that you cannot reach are real gold", he answered with a chuckle. He was talking about those ones in the minarets and the domes. 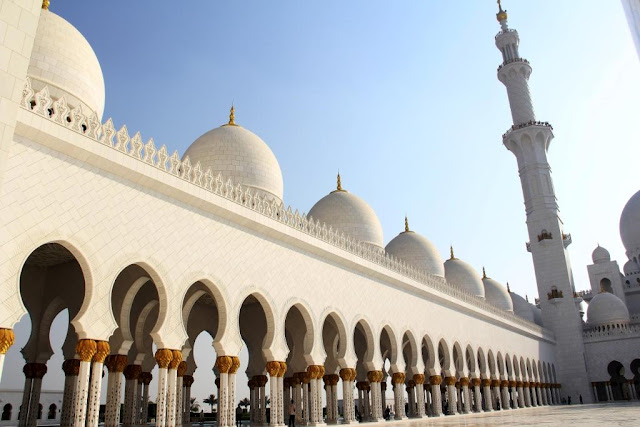 The size of the SZGM is the size of five football fields. It can accommodate up to 40,000+ worshippers inside and out. It features 82 domes, the main dome the largest of its kind measuring 32.8 meters in diameter, and the world's largest chandelier made of Swarovski crystals weighing nine tonnes hanging. 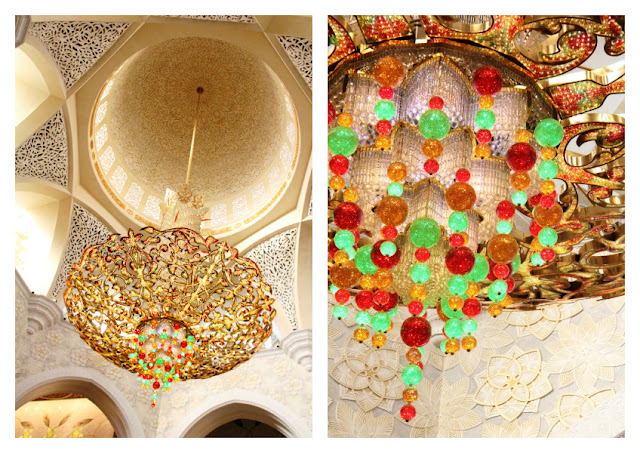 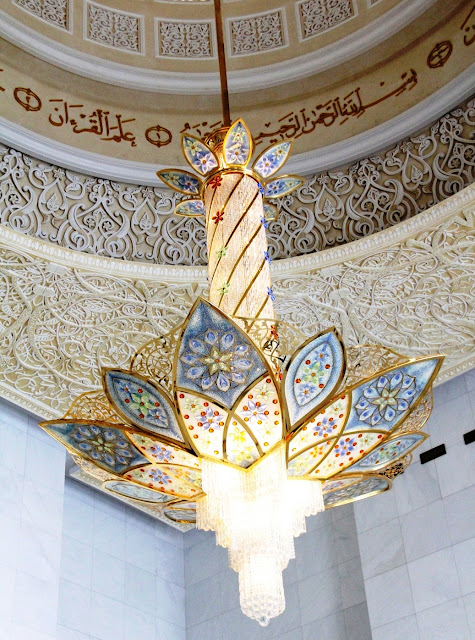 Reflective pools surround the mosque and it's best to capture the mosque's reflection at night. The unique lighting system is responsible for that beautiful bluish-gray cloud projected on the external walls which reflects the phases of the moon and changes every day. 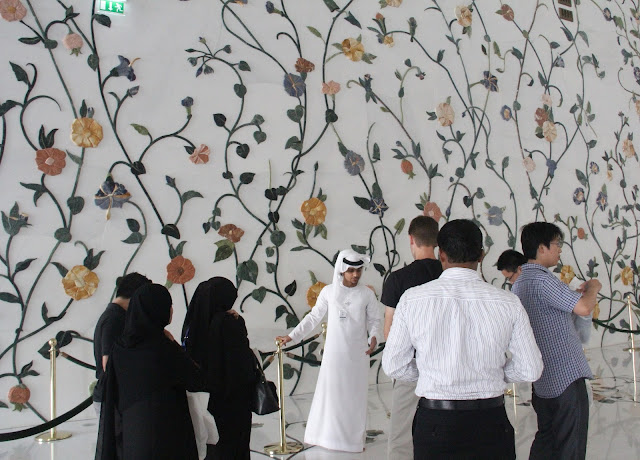 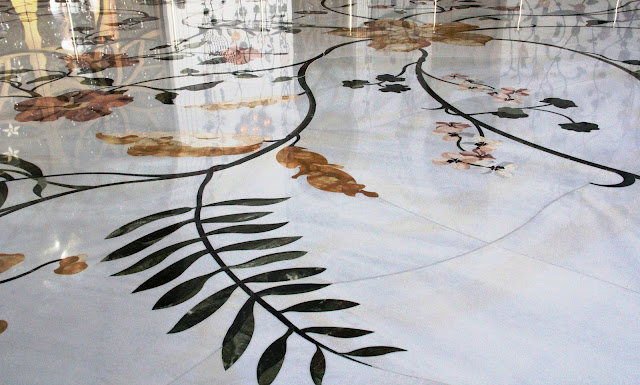 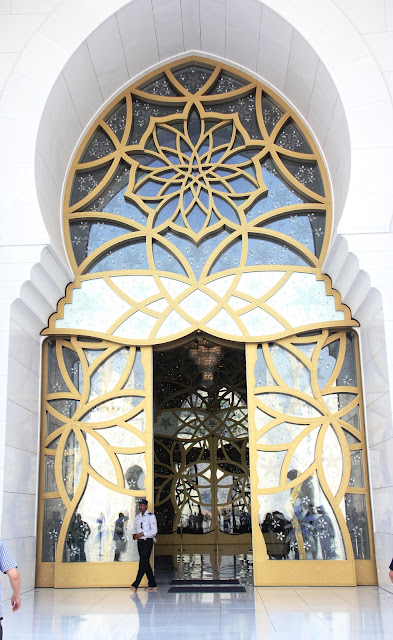 Inside the main prayer hall is the world's largest ﻿hand-knotted carpet handcrafted by 1300 Iranian artisans. There are 2, 286,000 knots and it took them two years to finish it before finally spreading it on the floors of the mosque. It did not get here in UAE in one big piece. Another 500 people came to Dubai from Iran with it to finish it in the mosque itself. As you can see, the carpet has an almost invisible line pattern where the worshippers lined up during prayer. 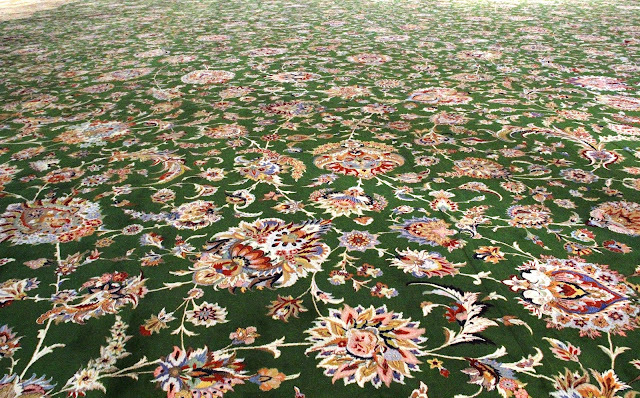 The Qibla wall (facing the direction of the Holy City of Mecca) is 23 meters high and 50 meters wide in which the 99 names (qualities) of Allah are written in traditional Kufi calligraphy designed by UAE's prominent calligrapher - Mohammed Mandi. This is the counterpart of the altar and priest ( Imam in Islam) pulpit in our churches. 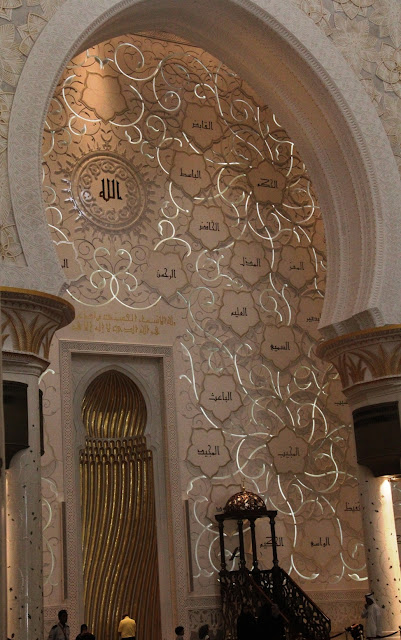 Gold-glass mosaic has been used in the Mehrab-it's the one in the above photo in the middle of the Qibla wall with golden ripples. The floral design clock on the wall indicates the time of prayer, it is five times during the day. 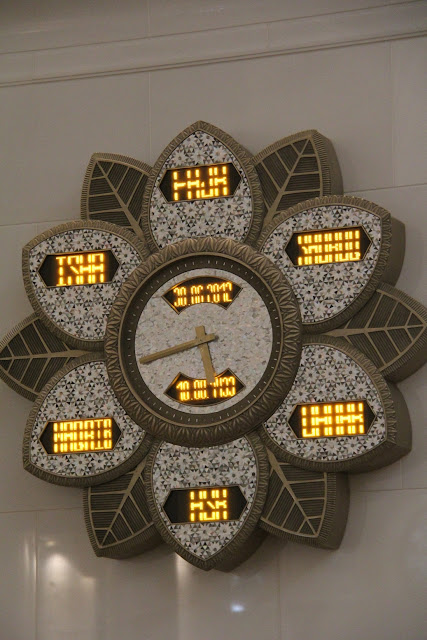 As you can see all the details and the design are made to perfection. Sheikh Zayed Grand Mosque is the result of the vision of the founding father of UAE, the late president Sheikh Zayed bin Sultan Al Nahyan whose remains are buried in the mosque courtyard. 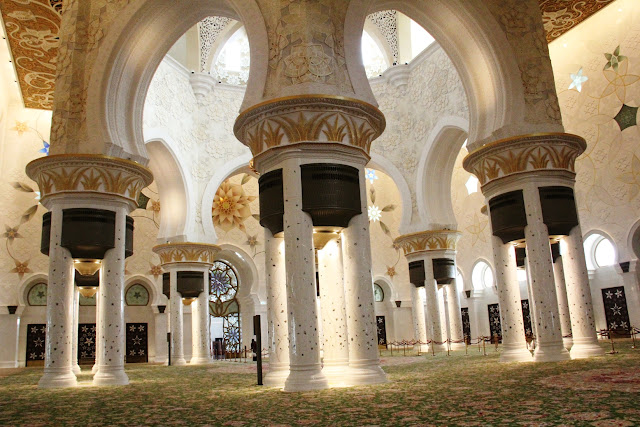 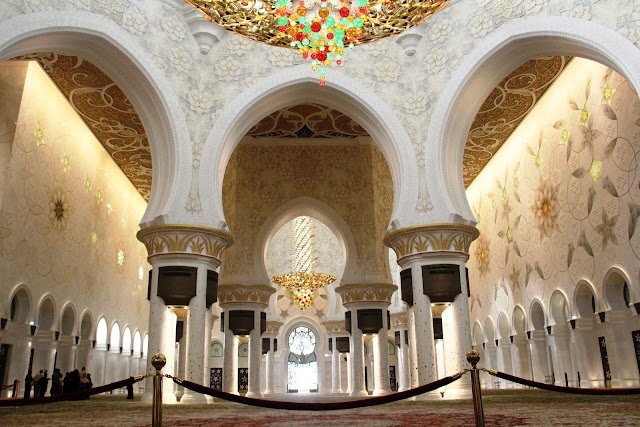 That's me and my friend in our Emirati traditional clothes. 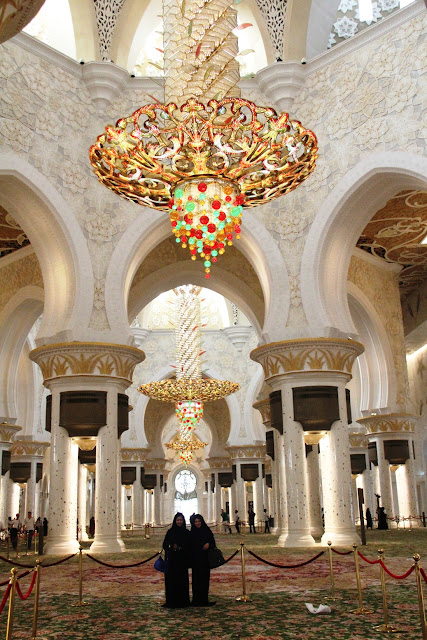 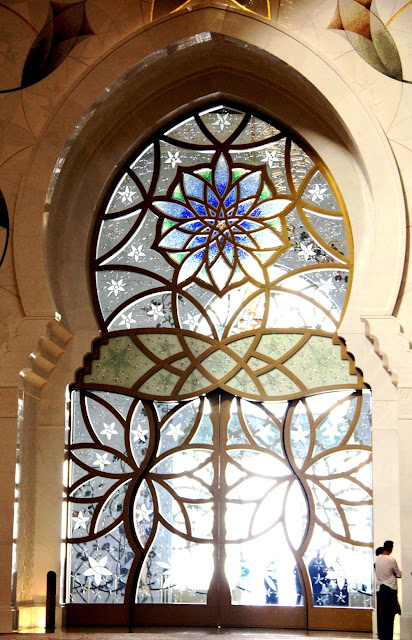 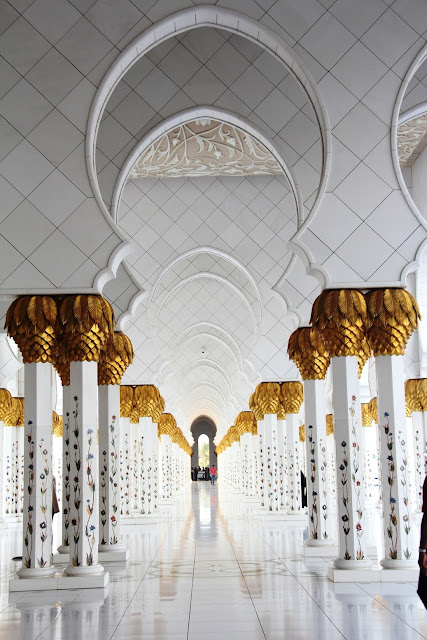 For full information about SZGM please visit their website here